You are here:
May 30, 2017Leave a commentBlogBy adrian 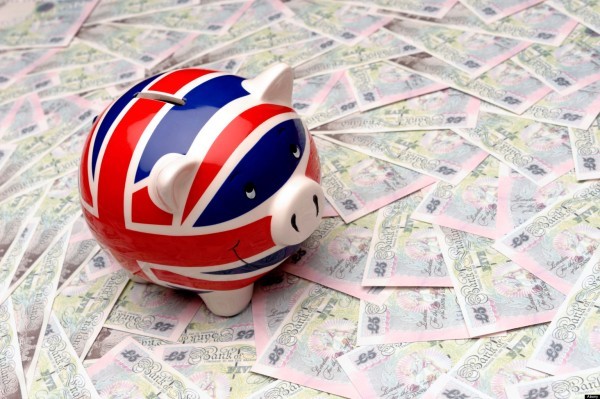 The UK economy has jumped back to strength in April 2017, driven mainly by a strong services sector performance, following a worrying start to 2017 in the preceding months.

The Markit/CIPS purchasing manager’s index (PMI) is a sign of economic strength and anything above 50 indicates growth. For April, it reached 55.8 – well above the 54.4 forecasted.

Chris Williamson, chief business economist at HIS Markit, said it points to UK gross domestic product (GDP) growing at 0.6% at the beginning of the second quarter after GDP was at 0.3% in the first quarter of 2017.

“While we expect consumer spending to slacken in the coming months, with the April survey highlighting continued weakness in sectors such as hotels, restaurants and other household-facing businesses, there’s good reason to believe that at least 0.4% GDP growth can be achieved in the second quarter as a whole.” 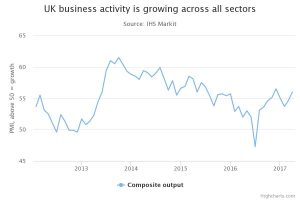 The services sector accounts for most of UK GDP so this strong showing bodes well for the overall economy. As well as strong performance in services, manufacturing and construction also performed better in April.

Further good news is that companies are still hiring steadily with the employment index at its joint-highest level since the beginning of 2016 as factories and building firms in particular take on more staff.

The employment index increase signals that service providers anticipate further growth in the coming months, as staff hires are increasing at one of the fastest rates since the summer of 2016. 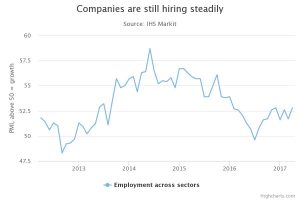